In a throwback to college benders and unwise drinking choices, I was recently reminded that some mezcals still include a worm in the bottle. The spirit renaissance has lifted mezcal into such rarified company that it’s a blast to read this 1999 Straight Dope column about “tequila worms” and remember the disdain in which it used to be held.

Apart from some unwise choices in college, the majority of my experience with be-wormed bottles is from Poltergeist.

Horror movies to an impressionable child are damn near documentaries, so rest assured I steered clear of mezcal worms, cemeteries in the rain, cabins in the woods, and closed-for-the-winter hotels most of my life.

Which is why it’s terribly exciting that a new generation of coming-of age drinkers might be traumatized by gin ants! 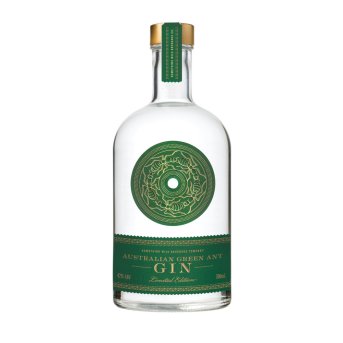 Ants tasting of lemongrass and makrut lime are a key part of the distillation process for Australian Green Ant Gin, a small-batch collaboration between Something Wild and Adelaide Hills Distillery.

Beyond distillation, ants may show up whole in the bottle, distiller Sacha La Forgia told the ABC.

“They’ve got a really nice acidic zing in their abdomen,” he said.

“So instead of losing that in the distillation we thought we’d include the ants and it just lifts the gin a little bit.

“And the brave people at the party can eat them at the end.”

That horror movie scene has already been filmed, of course.